HELSINKI, Aug. 11 (Xinhua) -- The rate of polar warming has been underestimated, with the Arctic region warming four times faster than the world average over the past 43 years, a new study has revealed.

This is much faster than the previous estimates by the United Nations' climate science panel in 2019. At that time, it said the region was warming by more than double the global average due to a process known as Arctic amplification, or intense warming in the Arctic.

However, researchers from the Finnish Meteorological Institute have now published their analysis of post-1979 temperatures in the Arctic, in a recent issue of the scientific journal Communications Earth and Environment.

They say that the higher estimate stems from the strong and continued warming of the Arctic region. Their evaluation was also affected by how the Arctic is defined as an area, and the length of the period over which the rate of warming was calculated.

In the new study, the Arctic region was defined as the area within the Arctic Circle. The rate of warming was calculated from 1979, when more detailed satellite observations became available.

"We focused on a period that began in 1979, because the observations after that year are more reliable and because strong warming began in the 1970s," said Mika Rantanen, a researcher with the Finnish Meteorological Institute.

Warming has been even stronger at the local level. In the Barents Sea area, for example, it has been seven times faster than the global average, he said.

"Satellite-based information is especially important in the Arctic, as there are not so many observation posts there," Rantanen said.

The study said that arctic amplification is strongest in the late autumn and early winter, when the ice-free ocean releases heat into the atmosphere. The decrease in ice cover has been greatest in the summer and early autumn, but at that time of the year, the surface of the sea only releases small amounts of heat because the atmosphere and the sea are almost equally warm.

The magnitude of Arctic amplification is affected both by current climate change caused by human activity, and natural long-term variations in the climate system, it added. 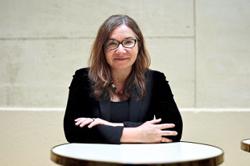 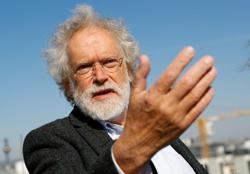