Some people were lingering at the main cash register of the Cankar Hall of the Ljubljana Cultural Center where the concert is to take place, expecting to getting a ticket in a last-ditch effort. The festival's official website shows that tickets for the concert have been sold out a few days ago.

Lang Lang and conductor Daniel Barenboim led more than 2,000 spectators on a tour of Spain. The Spanish element is the main tone of this concert. Lang Lang is the piano soloist in Manuel de Falla's "Nights in the Gardens of Spain" and Claude Debussy's "Iberia," and Maurice Ravel's "Rapsodie Espagnole" also create a Mediterranean summer night atmosphere. "Bolero," which has the same name as Spanish dance music, drew a successful end to the party.

The Ljubljana Festival, one of the oldest international arts festivals, presents ballet and opera performances, musical theatre, chamber music and symphonic concerts, master classes, workshops for children and youth. From June 21 to Sept. 8, the festival will host more than 4,000 artists from more than 40 countries and attract more than 60,000 spectators.

Lang Lang's European tour started in Ljubljana of Slovenia in August. He will also perform in Salzburg of Austria, Berlin of Germany and Lucerne of Switzerland. 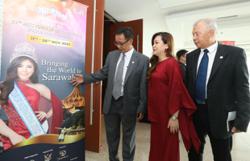