Lithuania to transfer a crowdfunded Bayraktar drone to Ukraine on Wednesday SIAULIAI AIR BASE, Lithuania (Reuters) - The Lithuanian government is set to transfer a Bayraktar TB2 combat drone, which was originally paid for by Lithuanian citizens via crowdfunding, to Ukraine on Wednesday evening, Lithuanian Defence Minister Arvydas Anusauskas said.

Lithuanians raised almost 6 million euros for the drone in May, largely in small donations, following which its Turkish maker, Baykar, decided to donate it instead.

Baykar and Lithuania agreed that 1.5 million euros would be spent to arm the drone with the rest of the crowdfunded money going toward humanitarian help for Ukraine. Baykar delivered the drone to Lithuania with more armaments, said Anusauskas.

"This will not change the course of the war. It's a symbolic gesture from the Lithuanian nation to Ukrainians," Anusauskas told Reuters.

On Wednesday, thousands gathered at the military airfield near Siauliai to see the TB2, adorned with the logo of hawk and Lithuanian and Ukrainian colours.

"I donated myself, so I came to see the result," said Ieva Skeryte, after taking a selfie. "I feel pity for the Ukrainians and would not want to be in their situation."

Ukraine has bought more than 20 Bayraktar TB2 armed drones from Baykar in recent years and ordered a further 16 on Jan. 27. That batch was delivered in early March.

"We as Baykar decided we cannot accept people's money to sell our plane, but we made a decision to contribute to the solidarity by donating the best that we have, and this is," Baykar's chief operating officer, Haluk Bayraktar, told Reuters at the sidelines of the event.

"We are developing our technology ... to be self-sufficient, and to support our brotherly nations. Ukraine is fighting for its freedom right now, it's a duty for us to support Ukraine", he added. "Our target is not to maximize our revenues or profits."

Baykar said last week it would donate three TB2s to Ukraine, after a crowdfunding campaign there raised enough funds to buy "several."

Haluk's father established the Istanbul firm in 1980s. He runs it with his brother Selcuk, who is married to the daughter of Turkish President Tayyip Erdogan.

Bayraktar said the TB2 has by now been exported to more than 22 countries. In November, his brother stated deliveries as of then went to 13 countries.

"We as Baykar are manufacturing more than 200 (TB2) units for the year. Capacity will increase by multiples soon. We are ramping up", said Bayraktar. "It's reliable, it's proven, and its cost to performance ratio, compared to other assets, is very attractive."

(Reporting by Andrius Sytas in Vilnius; Editing by Matthew Lewis) 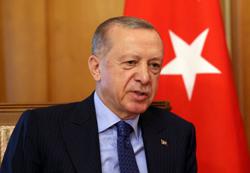