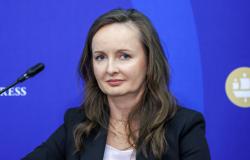 CHICAGO, July 6 (Xinhua) -- General Motors Co. (GM) sold 484,000 vehicles in China, its largest market, in the second quarter of this year, down 36 percent year on year, The Detroit News reported on Wednesday.

Sales of every of GM's five brands in China registered double-digit declines in the quarter despite the fact that the sales began recovering in May.

China is GM's largest market in the world.

Ford Motor Company announced on its website on Tuesday that it sold 483,688 vehicles in the second quarter and 152,262 in June, up 1.8 percent and 31.5 percent year on year, respectively.

Despite all the headwinds, Ford outperformed the industry in June, when overall industry sales were down 11 percent, the Dearborn-based automaker said.