Veran is known as a technocrat who became visible to the public at large as a key minister during the COVID-19 pandemic and steered the country through the larger part of the health crisis.

New appointments will also include the nominations of trained emergency doctor Francois Braun as health minister while Christophe Bechu, the current junior minister for relations with local authorities, will be assigned the environment portfolio, BFM TV, which did not identify its sources, said.

The reshuffle has become necessary for Macron after some ministers were defeated in lower house elections last month, forcing them to step down, in line with French political tradition.

Some cabinet seats had also been vacant since Macron's re-election in April.

But the scope of the overhaul, in which Macron also seeks to balance power in his own alliance that was shaken after losing an absolute majority in June and send a signal to voters he has heard their call for change, may be larger.

Current government spokeswoman Olivia Gregoire won her race for a parliamentary seat in a wealthy district of Paris.

French Finance Minister Bruno Le Maire on Monday told France Inter radio that he would stay on in his current role. 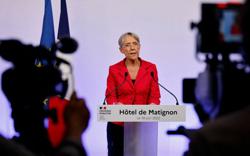 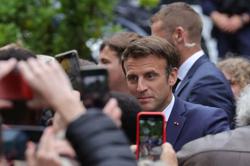