ALMATY (Reuters) - Thousands of people have been hospitalised after unrest in the capital of Uzbekistan's autonomous Karakalpakstan province, Uzbek news website Daryo.uz cited a local official as saying on Sunday.

It quoted Sultanbek Ziyayev, the head of the Ministry of Health of the Republic of Karakalpakstan, as saying that hospitals in the city of Nukus were full of patients who had been wounded when protesters clashed with security forces.

"Thousands of wounded have been hospitalised and are being treated," he said, according to the website. 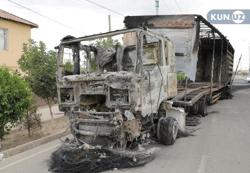