FILE PHOTO: Alexey Mordashov, Chairman of the Board of Directors of Severstal, speaks during a session of the St. Petersburg International Economic Forum (SPIEF) in Saint Petersburg, Russia June 16, 2022. REUTERS/Maxim Shemetov/File Photo

ROME (Reuters) - An Italian court has thrown out requests to unfreeze billionaire Alexey Mordashov's yacht which was seized by the police as part of a drive by Western states to target wealthy Russians after the invasion of Ukraine.

Mordashov's 65 metre (215 ft) Lady M yacht, which has a price tag of 65 million euros ($68 million), was seized by the Italian police in the northern port of Imperia in March.

Asmare Enterprises Limited, the company to which Lady M belongs, had asked the administrative court of the Lazio region to lift the freeze, claiming that the Russian businessman under sanctions was not the formal owner of the vessel.

The court rejected the lawsuit saying that Mordashov was indeed the ultimate owner of Lady M, a document seen by Reuters on Friday showed.

Mordashov, 56, is the son of a mill worker who became a

steel magnate with estimated net worth of $29.1 billion. He is reputed to be Russia's richest man.

Italy sequestered villas and yachts worth over 900 million euros ($950 million) in March and April from wealthy Russians, who regularly came to the country on holiday and had bought property in many prestigious locations. 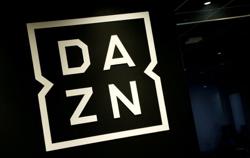