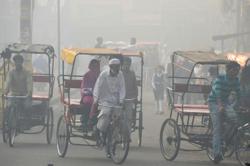 "A robust and well-integrated global agrifood system can help all countries withstand unprecedented challenges, as evidenced during the COVID-19 pandemic in early 2020, when global agrifood markets proved to be remarkably resilient," the FAO said in its latest State of Agricultural Commodity Markets (SOCO 2022) report.

Compared to 1995, "more countries today trade with each other, and the global agrifood market is more balanced."

While globalization was seen as losing steam after 2008, regional integration has increased in the same period thanks to a rising number of regional deals, it said.

"Currently, the trade policy environment is characterized by slow progress in multilateral trade negotiations under the World Trade Organization (WTO) and a proliferation of deeper regional trade agreements that aim, in addition to market access, to promote convergence in domestic policies and regulations," the FAO explained.

Regional agreements based on multilateral rules could benefit economies and the environment, according to the UN agency, since they "allow for environment-related provisions which, when legally binding, can help tackle the environmental impacts of trade."

Yet, such a process has its own limits, the FAO noted.

"A multilateral approach allows gains for everyone, it is more inclusive, and this is why it's very important to continue (multilateral) negotiations."

The agrifood trade map in SOCO 2022 showed that while "global wealth has grown, the share claimed by low-income countries has not changed much." This is especially true for the sub-Saharan region.

"When we were looking at globalization versus regional integration, we saw that Africa does not form a trade cluster like it happens to other regions... African countries do not trade much between themselves, preferring other partners in the world," Rapsomanikis explained.

"We looked at this, and at trade costs and comparative advantages, and we found that advantages in the (African) region are quite low, while trade costs are high," he said.

Trade costs could be significant, and for low-income countries "can add up to 400 percent to a product's final price, much more than for items traded between high-income countries," the report said.

Another key issue haunting low-income countries and hampering their development is productivity. "Agricultural productivity gaps between countries can be enormous," the report said, adding that this is one of the reasons why Africa's intra-regional trade is so low.

"In several African countries productivity is very low, so they look for partners outside the continent, among those with a higher productivity," Rapsomanikis said.

Coupled with a lack of good infrastructure and cumbersome procedures, this would not "provide incentives to trade within the continent."

"In this perspective, the African Continental Free Trade Area will be extremely important to tackle this issue," the FAO economist said.

Another key suggestion from the report is to diversify sources: countries -- and especially those much dependent on food imports -- are urged to diversify their partners to reduce their vulnerability to potential shocks.

Finally, although positive, regionalization in agrifood trade would not be enough to address global challenges, such as climate change and greenhouse gas emissions, according to the FAO.

"Agreements among a small number of countries are easier... but in the face of a global challenge (such as climate change), only a global approach can be effective," Rapsomanikis said. 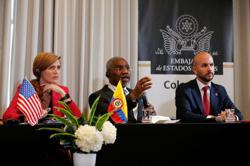