WASHINGTON (Reuters) -U.S. President Joe Biden will host Andres Manuel Lopez Obrador in Washington on July 12, the White House said on Tuesday, a visit that was initially planned after the Mexican president snubbed a U.S.-hosted regional summit earlier this month.

Obrador's refusal to attend the Summit of the Americas in Los Angeles because of disputes over the guest list highlighted how Latin America's leftists are pursuing an increasingly independent foreign policy from Washington.

Biden did not invite Cuba, Venezuela and Nicaragua on the grounds of human rights and democratic shortcomings. Obrador refused to attend unless all regional governments were asked, but had said he would visit his U.S. counterpart in July.

The White House said in a statement that Biden and Obrador will meet at the White House and discuss their efforts to address global challenges such as food security.

"They also plan to discuss their visions for North America, cooperation on migration, joint development efforts in Central America, security, climate and energy, and global issues," the White House added. 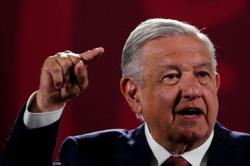 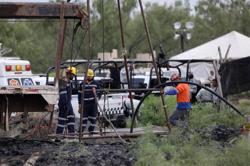