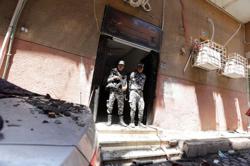 CAIRO (Reuters) - The mother of jailed Egyptian-British activist Alaa Abd el-Fattah says she is worried there could be a rapid deterioration in his health after nearly 90 days on hunger strike, despite some improvements in his prison conditions.

Abd el-Fattah, a 40-year-old blogger who rose to prominence with Egypt's 2011 uprising, has become too weak to do his own washing or climb to look out of a high window in his cell, his mother Laila Soueif said.

"He's really, really getting into a dangerous zone," Soueif told Reuters. "I'm seriously worried because I know that in this kind of situation you can get a fast deterioration."

Egypt's state press centre did not respond to a request for comment. On June 9 the interior ministry said it had clips proving that Abd el-Fattah was not on hunger strike, though it did not publish footage.

His cause has attracted attention in Britain after he obtained UK citizenship last year, part of the family's campaign to secure his release. Britain is urgently seeking consular access to Abd el-Fattah and continues to raise his case at the highest levels of the Egyptian government, a Foreign Office spokesperson said.

Abd el-Fattah was sentenced to five years in December on charges of spreading false news for sharing a social media post about the death of a prisoner, and had previously been jailed for protesting without authorisation. He began the strike on April 2 against his detention and alleged legal violations in prison.

In May, he was transferred from prison in Cairo to one of several new facilities which authorities say they built to modernise the penitentiary system.

There he is permitted books and a mattress, his family says. Earlier this month he was allowed out of his four-man cell into a covered yard to exercise for half an hour.

After ingesting only water and salts at the start of his strike, he is allowing himself up to about 100 calories daily to keep his body going, his mother and one of his sisters said. Most guidelines recommend adults consume at least 2,000 daily.

"Every time I go, I'm thinking, is this going to be the time when they say 'no, he's not well he's been transferred to a hospital'?" said Soueif, a 66-year-old mathematics professor, who last visited her son on June 12.

Prior to the COVID-19 pandemic, convicted prisoners were allowed hour-long visits twice monthly. That is currently reduced to one monthly 20-minute visit.

Over the past nine years, Egyptian President Abdel Fattah al-Sisi has overseen a far-reaching crackdown on political dissent targeting both Islamist and liberal opponents.

Sisi and his backers say he had to stabilise Egypt after the uprising. In recent weeks authorities have pardoned or released dozens of people, but activists say thousands remain jailed.

Though Abd el-Fattah would accept dropping his Egyptian citizenship and leaving the country to be freed - a path used for several other high-profile prisoners who held dual nationality - his mother said he was not expecting such an outcome when she last saw him.

"During the visit he said, 'Stop imagining that you're going to get me out. I'm going to die in jail. Just make sure they pay for it'," Souief said. 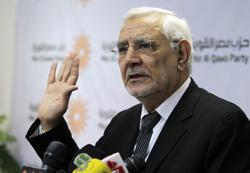 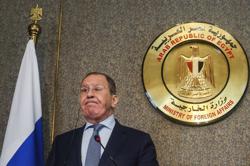