A demonstrator holds a candle as he protests outside the Supreme Court during a trial for Roberto David Castillo, a former top executive of a Desarrollos Energeticos (DESA), who was sentenced today to more than 22 years for his role in the 2016 murder of environmental activist Berta Caceres, in Tegucigalpa, Honduras June 20, 2022. REUTERS/Fredy Rodriguez

MEXICO CITY (Reuters) - The family of a murdered Honduran activist filed a petition with prosecutors in the Netherlands on Tuesday to urge a criminal probe into a Dutch development bank that financed a Honduran infrastructure project linked to her killing.

Environmentalist Berta Caceres was organizing to stop a hydroelectric dam's construction on lands of the indigenous Lenca people when she was shot dead in 2016.

The 138-page petition, prepared by the Amsterdam-based Global Justice Association, argues that bank FMO ignored warnings of potential graft and fraud while providing millions of dollars to the project.

FMO did not immediately respond to a request for comment.

The bank has said it conducted environmental studies and consulted the local community, then exited the project after Caceres' killing. FMO also says it has since improved its human rights policies.

The Dutch public prosecutors' office did not respond immediately to a request for comment.

Caceres' family wants prosecutors to investigate whether FMO violated anti-money laundering and other financial laws, and whether it could be held liable for complicity in violence surrounding the project, including Caceres' murder.

FMO is already the target of another civil lawsuit in the Netherlands, in which Caceres' family alleges the bank contributed to human rights violations. FMO has said it is seeking a settlement.

Earlier this month, Roberto David Castillo, former president of Desarrollos Energeticos (Desa), the Honduran power company financed by FMO, was sentenced to more than 22 years for participating in Caceres' murder.

Bertha Caceres, daughter of the slain activist, said she hopes a Dutch criminal probe could reveal "the faces of those whose money enabled the attacks against the Lenca people."

The hydroelectric project also received financing from the Finnish state investment fund Finnfund and the Central American Bank for Economic Integration. The petition against FMO does not ask for criminal investigations into either. 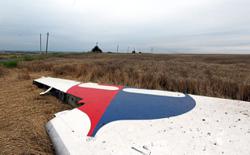