MAIDUGURI, Nigeria (Reuters) - Nigeria's Zamfara state will start issuing licences to individuals to carry guns to defend themselves against armed gangs of kidnappers causing havoc in the country's northwest, the state's commissioner for information said on Sunday.

Armed gangs are rife across Nigeria's northwest where they rob or kidnap for ransom, and violence has been increasing, where thinly stretched security forces often fail to stop the attacks.

The gunmen, known locally as bandits, operate from remote forests in the northwest and their deadly attacks and kidnappings, targeting villagers, farmers and travellers, have increased since the start of the year. Zamfara and neighbouring Kaduna are the most affected, authorities say.

Ibrahim Magaji Dosara, Zamfara commissioner for information said the state governor had directed the state police commissioner to issue 500 gun licences in each of the 19 emirates in the state to those wishing to defend themselves.

"Government is ready to facilitate people, especially our farmers to secure basic weapons for defending themselves," Dosara said in a statement.

Owning a gun in Zamfara needs permission from the state governor and state police commissioner.

Nigeria's security forces are stretched fighting an Islamist insurgency in the northeast of the country, leaving individual states to rely on vigilante groups to tackle the bandits, who move in large numbers on motorcycles.

Last week, gunmen killed eight people and kidnapped 38 others in an attack on two churches in Kaduna, a Christian group said, weeks after another deadly attack in the south west.

Dosara said Zamfara will recruit additional community protection guards across the state to help to fight the bandits while the state will also set up a new paramilitary unit commanded by a retired police commissioner.

The state also banned the use of motorcyles and selling of petrol in three districts and one emirate, in areas which are the most affected by banditry, Dosara said. The state is divided into emirates and the emirates into districts.

"Anybody found riding motorbike within the areas is considered as bandits and security agencies are thereby directed to shoot such persons at sight," said Dosara. 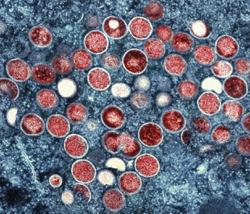