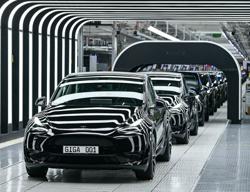 As a courier in the countryside, she needs to drive some 200 km of mountain roads to visit a dozen of remote villages almost every day.

"Earlier I used to get only a handful of packages every day, but now I handle more than 1,000 on a daily basis," said Song, who hails from Nitun Town in Yangqu County, north China's Shanxi Province.

In February, several express firms, led by ZTO Express, launched express delivery sites in 19 villages of Nitun, offering local residents the convenience to send and receive express parcels at their doorstep. And Song is in charge of sending and collecting parcels for all the 19 villages.

Song drove her vehicle cautiously along the winding mountain roads to prevent any damage to the packages stacked behind her driver's seat.

Upon her arrival at Longquan Village, several villagers came up to greet her.

"Before, I had to go to the town to receive packages, but now I can easily get the clothing sent by my daughter from the city," said a villager surnamed Wang, while happily receiving her package from Song.

"Goods are much cheaper these days, so I bought lots of items online," Wang said, referring to her shopping spree during the recent mid-year online shopping festival.

China's metropolitan population has long been accustomed to shopping online and receiving quick delivery at their homes. However, in some rural areas, villagers still need to travel long distances from home to deal with courier packages, sending and picking up deliveries in the town seat.

To better connect the rural people to the booming e-commerce economy, courier companies have been setting up express delivery sites in villages, usually in cooperation with local grocery stores or village committees.

The delivery business in Shanxi's rural areas during the first five months of this year has seen evident growth, according to the ZTO Express outlet in the province.

"The express delivery service is now available in 89 villages, which is almost 85 percent of the total villages, in Yangqu County, and the number of parcels delivered to these villages has jumped some 300 percent since February," said Zhou Zijian, a manager of the ZTO Express outlet in the county.

It was getting dark, Song unloaded the last package and said goodbye to the villagers. She got in her vehicle and headed back towards the town, carrying parcels to be sent to places across the country.

Though it is no easy job to be a courier in the countryside, Song believes that it is a fulfilling experience to be able to provide convenience to those in need. And the villagers have also developed a sense of trust in her. Besides offering express delivery service, she would sometimes help them buy some necessities from town.

"Several villagers even expressed their desire to start an online shop to sell local specialties," Song said, adding that she expects to see greater changes in the villages and is happy to be able to do her part in making the countryside a better place. 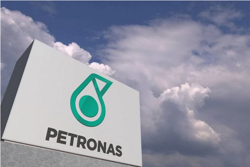