By Daphne Psaledakis and Karin Strohecker

WASHINGTON/LONDON (Reuters) -The United States pushed Russia closer to the brink of a historic debt default on Wednesday by not extending its license to pay bondholders, as Washington ramps up pressure on the country following its invasion of Ukraine.

The U.S. Treasury Department late on Tuesday it would not extend the license, set to expire at 12:01 am ET (0401 GMT) on Wednesday, which allowed Russia to make interest and maturity payments on its sovereign debt to U.S. persons.

That waiver has allowed Russia to keep up government debt payments, but its expiry now appears to make default inevitable - the country's first major one on international sovereign bonds in more than a century.

Almost $2 billion worth of payments on Russian international bonds fall due before year-end.

Western sanctions imposed after the Kremlin's Feb. 24 invasion of Ukraine, and countermeasures from Moscow, have complicated the movement of money across borders, yet Russia has made a conscious effort to keep paying bondholders.

"If the bondholders don't get their money when the money is due, factoring in any grace periods that apply, Russia will be in default on a sovereign debt," said Jay Auslander, a partner at law firm Wilk Auslander. "With the waiver gone, there seems to be no way for bondholders to get paid."

While the license only applies to U.S. persons, its lapse will make it challenging for Russia to pay other holders given the integral part U.S. institutions play in the global financial system and the complexity of such payment processes.

On Friday, Russia had rushed forward payments on two international bonds - one denominated in euros and one in dollars - a week before the due date.

But its dash to get the money into creditors' bank accounts ahead of the waiver's expiry might not have left enough time for what is often a multi-day and complex payment process.

One Asia-based bondholder said the payment had not arrived in the firm's account by Wednesday.

Russia has a 30-day grace period on the two payments.

The country's $40 billion of international bonds have come under the spotlight in recent weeks as debate raged over whether or not to extend the license.

Unlike in most default situations, Moscow is not short of money. Debt repayment dues pale in comparison to oil and gas export earnings - in April alone, soaring energy prices enabled Russia to reap $28 billion in revenues.

Russia's most senior lawmaker on Tuesday told the lower house of parliament to study the possibility of stopping the servicing of foreign debt, saying voters were unhappy that Moscow was continuing to pay while its national reserves held abroad were frozen.

Bonds are not the only flashpoint, however, as the financial tit-for-tat ratchets up.

Sanctions imposed on Russia for launching the largest land war in Europe since World War Two include freezing roughly half of Russia's $640 billion foreign currency reserves.

The European Union looks likely agree an embargo on Russian oil imports "within days" according to Germany.

Moscow calls its nearly three-month-old invasion a "special military operation" to rid Ukraine of fascists, an assertion Kyiv and its Western allies say is a baseless pretext for an unprovoked war.

Russian lawmakers also have a bill underway to allow the takeover of foreign companies that have left the market there in opposition to Moscow's actions in Ukraine.

Russia was previously rated as investment-grade by credit rating agencies, but since the Ukraine conflict major ratings agencies have stopped assessing the country.

Now a default could increase tensions further as it will prevent Russia from regaining access to international capital markets until creditors are fully repaid and any legal cases stemming from the default are settled.

Previous debt defaults, such as by Argentina, have prompted creditors to go after physical assets such as a navy vessel and the country's presidential aircraft.

It could also throw up barriers to trade, if countries or companies that would normally transact with Russia have self-imposed rules that bar them from doing business with an entity in default. 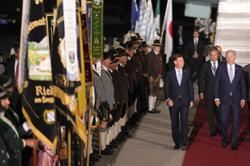 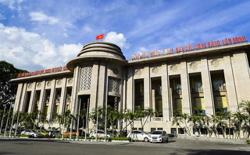