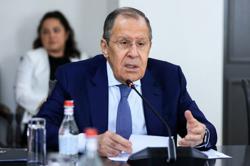 BRUSSELS (Reuters) - The leaders of Azerbaijan and Armenia met on Sunday in Brussels to discuss a peace plan for Nagorno-Karabakh that has stoked a wave of protests in Yerevan over opposition claims that Armenian Prime Minister Nikol Pashinyan is being too soft.

A simmering dispute over Nagorno-Karabakh between Armenia and Azerbaijan flared into a six-week war in 2020.

Azeri troops drove ethnic Armenian forces out of swathes of territory they had controlled since the 1990s in and around Nagorno-Karabakh before Russia brokered a ceasefire.

European Council President Charles Michel held bilateral talks with both Azerbaijani President Ilham Aliyev and Pashinyan before they had a trilateral meeting at which Karabakh was discussed.

Baku said Aliyev told Michel "that Azerbaijan had laid out five principles based on international law for the normalization of relations between Armenia and Azerbaijan and for the signing of a peace agreement."

"The president expressed his hope that the process of drafting the peace agreement between the two countries would be accelerated," the Azeri presidential office said in a statement.

Armenia's Pashinyan discussed with Michel the situation around Nagorno-Karabakh, humanitarian issues and stressed the need to resolve them, the Armenian prime minister's office said.

But Pashinyan is under pressure at home from opponents who say he mishandled the 2020 war and claim his recent public statements indicate he is giving up too much to Azerbaijan.

Pashinyan has faced a series of protests over recent weeks in Yerevan since he said the international community wanted Armenia to "lower the bar" on its claims to Nagorno-Karabakh.

The unrest also coincides with Russia's war in Ukraine, which has prompted many former Soviet neighbours to reassess their own security just as Moscow is preoccupied with the biggest confrontation with the West for generations.

(Writing by Guy Faulconbridge in London; Editing by Kirsten Donovan) 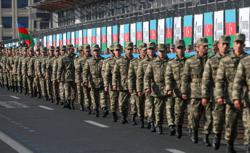