Ukraine rejects concessions as Russians attack in east and south

By Conor Humphries and Max Hunder 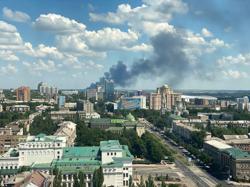 A local resident walks by a destroyed building after a rocket attack on a university campus, amid Russia's invasion, in Bakhmut, in the Donetsk region, Ukraine, May 21, 2022. REUTERS/Carlos Barria

KYIV (Reuters) - Ukraine ruled out a ceasefire or any territorial concessions to Moscow as Russia stepped up its attack in the eastern and southern parts of the country, pounding the Donbas and Mykolaiv regions with air strikes and artillery fire.

Kyiv's stance has become increasingly uncompromising in recent weeks as Russia experienced military setbacks while Ukrainian officials grew worried they might be pressured to sacrifice land for a peace deal. 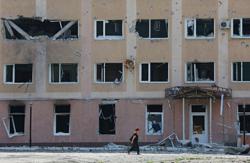 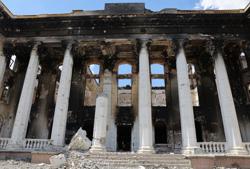