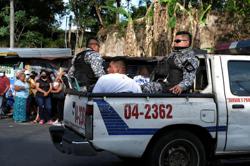 Juan Carlos Galeas walks at the funeral procession for his brother William, who was detained mid-April and sent to La Esperanza prison until authorities handed over William's dead body to the family in mid-May, in San Salvador, El Salvador, May 13, 2022. Picture taken May 13, 2022. REUTERS/Jose Cabezas

In March, El Salvador registered 62 murders in a single day, the bloodiest since the end of the country's civil war in 1992. In response, the Legislative Assembly dominated by Bukele's right-leaning populist party declared a state of emergency, suspending citizens' constitutional rights. In the past month and a half, more than 25,000 people have been arrested. 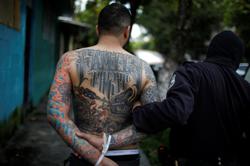 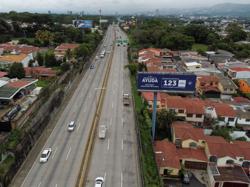