FILE - Israeli soldiers conduct an operation in the West Bank town of Jenin, Friday, May 13, 2022. Daoud Zubeidi, a Palestinian fighter who is the brother of a prominent jailed Palestinian fighter died on Sunday (May 15) after being critically wounded in clashes with Israeli forces, according to the Israeli hospital where he was being treated. (AP Photo/Majdi Mohammed, File)

JERUSALEM (Reuters): A Palestinian fighter, the brother of a prominent fighter in the occupied West Bank, died in an Israeli hospital on Sunday (May 15), two days after being wounded in clashes with Israeli forces.

He was the brother of Zakaria Zubeidi, a former commander of the Fatah party's Al Aqsa Martyrs Brigades in the West Bank city of Jenin who escaped with five other fighters from a maximum security Israeli prison in September. All were caught.

Daoud Zubeidi, 43, was shot in Jenin on Friday (May 13) in exchanges of fire with Israeli troops and transferred to hospital in the northern Israeli city of Haifa. An Israeli officer was also killed in clashes in Jenin that day.

"We swear to God, the response to the martydom of leader ... Zubaidi will be painful, strong and unprecedented," the Jenin Brigade, a group within the armed wing of the Palestinian Islamic Jihad fighter group, said in a statement.

Jenin has been a frequent target of intensified Israeli arrest raids following the killing, since March, of 18 people, including three police officers and a security guard, in Arab attacks in Israel and the West Bank.

The Israeli operations have often sparked clashes and brought the number of Palestinians killed by Israeli forces or armed civilians since the beginning of the year to at least 43. The casualties include armed members of fighter groups, lone assailants and bystanders.

On Wednesday (May 11), Shireen Abu Akleh, a Palestinian-American and a veteran reporter for the Qatari-based Al Jazeera TV network, was shot dead in Jenin during an Israeli raid, in an incident that drew international concern.

Palestinian authorities have described her death as an assassination by Israeli forces, an allegation denied by Israel.

Israel initially suggested Palestinian fire might have been to blame, but officials have since said they could not rule out that Israeli gunfire killed her.

Israel has launched an investigation into Abu Akleh's death. Palestinians have called for an international inquiry.

On Friday, Israeli police charged at a crowd of Palestinian mourners at her funeral in Jerusalem, drawing an international outcry.- Reuters 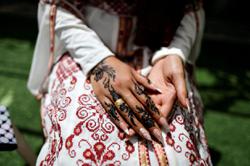 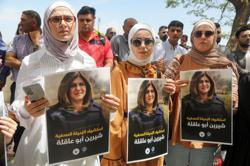