FILE PHOTO: A newly made bronze plaque depicting historical events in West Africa's once mighty Kingdom of Benin, which is being offered as a gift to the British Museum, is seen on display in Benin City, Nigeria, July 31, 2021. REUTERS/Tife Owolabi

LAGOS (Reuters) - An online archive bringing together information on thousands of Benin Bronze artefacts in museums around the world is expected to go live at the end of next year, one of the organisers said on Friday.

The Benin Bronzes, which are mostly in Europe, were stolen from Nigeria's Benin City during colonialism and are among Africa's most significant heritage objects. The statues were created from at least the 16th century onwards, according to the British Museum.

Barbara Plankensteiner, director at Museum am Rothenbaum–World Cultures and Arts, who is leading the project to document the bronzes across the world, said data had been received from 110 museums globally.

"For many years we wanted to create a possibility to show all the Benin collections scattered worldwide in one digital platform," Plankensteiner said at the Reuters Next conference.

"It will be a major source for research and knowledge about Benin art and cultural history relating to this art."

The returns were seen as likely to increase pressure on the British Museum in London, which holds by far the largest and most significant collection of Benin Bronzes.

Abba Tijani, the head of National Commission for Museums and Monuments, said Nigeria was looking to build new museums to house Benin Bronzes that were being returned to the country.

He said he recently returned with three artefacts from the United States and that in future, Nigeria will seek to have joint exhibitions of the artefacts with some museums in the West.

"We are looking at having new museums in Benin City of international standard that will house these artefacts," he said. 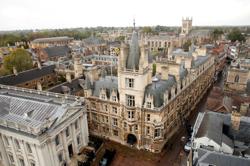