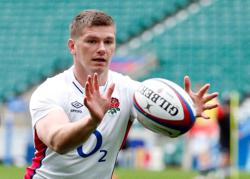 LONDON (Reuters) - The prevalence of COVID-19 infections in England rose to around 1 in 60 people in the week ending Nov. 27, Britain's Office for National Statistics said on Friday, led higher by the dominant Delta variant rather than the newly identified Omicron.

The prevalence was up from 1 in 65 reported the previous week, the ONS said, adding that 99% of all coronavirus infections which were sequenced were genetically compatible with the Delta variant.

"To date, we have not identified any infections compatible with the new Omicron variant (B.1.1.529) among our survey participants," the ONS said.

Prime Minister Boris Johnson has introduced travel restrictions and some mask mandates, with a view to slowing the spread of Omicron while work is undertaken to understand it better.

There have been 42 confirmed cases of the variant in Britain, which has mutations consistent with reduced vaccine efficacy.

But it is the spread of the dominant and highly transmissible Delta variant, especially among children, that is keeping infection levels high. On Thursday, Britain reported its highest daily infection number since July.

Ravi Gupta, Professor of Clinical Microbiology, University of Cambridge, said that it was not a given that Omicron would entirely displace Delta, which might continue to circulate in unvaccinated populations like young children.

"More Delta circulating in kids and then more Omicron circulating proportionately in vaccinated individuals is one scenario that could play out... it will be hard to displace Delta completely," he told Reuters.

"Omicron is not spreading rapidly at the moment, by the look of it... there is probably sustained community transmission, but it's probably just starting." 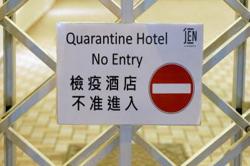