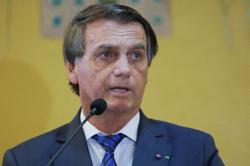 BRASILIA (Reuters) - Brazil's Senate on Thursday passed the main text of a constitutional amendment that will ease the government's spending cap and open room for a larger welfare program.

It also allows the government to stagger payments of court-ordered debts to avoid breaking the constitutional spending cap in 2022, an election year.

The amendment was approved in two votes and sent back to the lower house for final passage as it was altered in the Senate.

The bill allows President Jair Bolsonaro's government room to fund a social welfare program that will provide monthly payments of 400 reais ($71) to 17 million poor families, an expansion of the long-running Bolsa Familia program.

Opposition parties had opposed the amendment, accusing Bolsonaro of boosting social spending to bolster his re-election chances in October. But opposition senators backed a modified bill, saying it provided vital relief for Brazil's poor who have been hard-hit by the coronavirus pandemic. 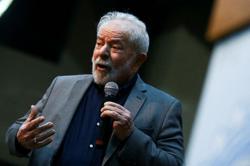