French government: all travellers from outside EU will need negative COVID test

FILE PHOTO: Passengers stand in a queue inside the Terminal 3 at Orly Airport, near Paris, France, July 1, 2021. REUTERS/Sarah Meyssonnier

PARIS (Reuters) - Travellers reaching France from outside the European Union will be subject to the obligation of a negative COVID-19 test, regardless their vaccination status, French government spokesman Gabriel Attal said in Wednesday.

The move is part of a bundle of measures aimed at tackling a new surge in infections as worries caused by the newly detected Omicron variant loom.

Talking to journalists after a govermnent meeting, Attal said that decisions regarding intra-EU-travel would be coordinated by European leaders later this week. 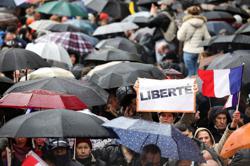 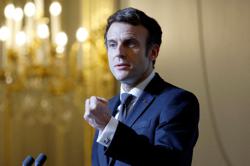