BRIDGETOWN (Reuters) - As Barbados prepares to form a republic and remove the British queen as its sovereign, some residents in the capital Bridgetown on Sunday acknowledged they remained confused about what the change means and how it will affect them.

The Caribbean island won independence from Britain in 1966 but has until now retained Queen Elizabeth as the titular head of state, as is the case in a number of former British colonies including Jamaica and Australia.

Barbados on Tuesday will replace the queen with Barbadian President Sandra Mason, who will serve as a largely symbolic figure behind Prime Minister Mia Mottley. Mason, the current Governor-General and the queen's appointed representative to Barbados, was elected by Barbados' parliament.

The celebration will include a visit by Prince Charles, heir to the British throne, and will coincide with the country's Nov. 30 Independence Day.

"I am not sure how it affects me as an everyday Barbadian," said Dianne King, 34, a human resources manager. "You still have a prime minister who is more in charge, so what would the role of the president be?"

Authorities have set up a stage in Bridgetown's Heroes Square, where the festivities will be held.

More than a dozen people approached by Reuters declined to give interviews on the subject of the creation of the republic, saying they did not know enough about it to comment.

The shift does not have an impact on trade or the overall economic situation of the island. Barbados' tourism industry, a crucial part of its economy, was battered by coronavirus travel restrictions.

And supply-chain disruptions in the post-pandemic era have driven up prices in a country where living costs have always been high due to the expense of importing consumer goods.

"I think everybody is more concerned with their dollar today and what that means for tomorrow, especially with prices of things going up," said Laurie Callender, 43, an information technology specialist. "People are more talking about that, in my opinion." 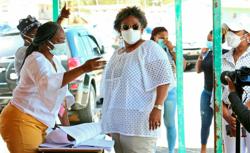 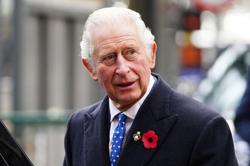