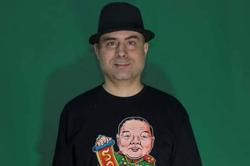 BANGKOK (Reuters) - A French national who is known for mocking the Thai government was denied reentry to Thailand on Saturday for being "a danger to society," his lawyer said on Saturday.

Yan Marchal, who has lived in Thailand for nearly 20 years, arrived in Thailand on Saturday morning, but immigration handed him a notice barring him entry citing behaviour that was a danger to society, Nadthasiri Bergman told Reuters.

The notice did not give further details.

A government spokesman did not respond to a Reuters request for comment.

In Marchal's TikTok account, which has over 560,000 followers, he speaks Thai and satirizes the government. In some videos he wears a shirt with writing that calls for the abolition of the royal insult law and reform of the monarchy.

Thailand has strict laws against insulting the monarchy, which carry a potential prison term of up to 15 years.

Thai conservatives consider the monarchy sacrosanct and view insults to King Maha Vajiralongkorn and the monarchy as a threat to society. Youth-led anti-government protests which started last year have challenged the decades-old taboos against any criticism of the king. 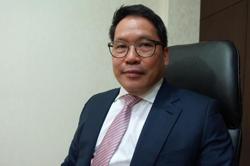