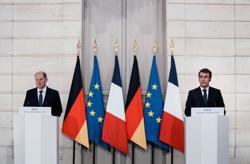 FILE PHOTO: French President Emmanuel Macron gives a speech during a debate with local representatives and public and private actors involved in renovation projects during a visit to Amiens focused on the attractivity of the Somme department, France, November 22, 2021. Ludovic Marin/Pool via REUTERS

ZAGREB (Reuters) - French President Emmanuel Macron said on Thursday that stronger European cooperation was needed after 27 migrants died a day earlier when their dinghy deflated as they made a perilous crossing of the English Channel.

"We need stronger European cooperation in this area. France is a transit country," Macron said during a press conference in Zagreb.

"I will also say very clearly that our security forces are mobilised day and night," the president added.

France and Britain have traded blame over the worst accident of its kind on record in the waterway separating the two countries. 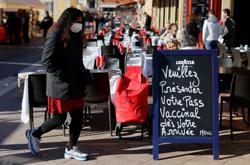 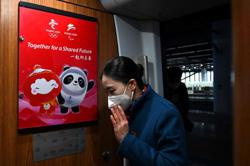