BERLIN (Reuters) - A 96-year-old German woman who was caught shortly after going on the run ahead of a court hearing last month on charges of committing war crimes during World War Two appeared before a judge on Tuesday in the northern town of Itzehoe.

Irmgard Furchner, accused of having contributed as an 18-year-old to the murder of 11,412 people when she was a typist at the Stutthof concentration camp between 1943 and 1945, was taken into the sparse courtroom in a wheelchair.

Her face was barely visible behind a white mask and scarf pulled low over her eyes. Security was heavy as the judge and legal staff made their way into the court.

Between 1939 and 1945 some 65,000 people died of starvation and disease or in the gas chamber at the concentration camp near Gdansk, in today's Poland. They included prisoners of war and Jews caught up in the Nazis' extermination campaign.

The trial was postponed after Furchner left her home early on Sept. 30 and went on the run for several hours before being detained later that day.

Charges could not be read until Furchner, who faces trial in an adolescent court because of her young age at the time of the alleged crimes, was present in court.

She is the latest nonagenarian to have been charged with Holocaust crimes in what is seen as a rush by prosecutors to seize the final opportunity to enact justice for the victims of some of the worst mass killings in history.

Although prosecutors convicted major perpetrators - those who issued orders or pulled triggers - in the 1960s "Frankfurt Auschwitz Trials", the practice until the 2000s was to leave lower-level suspects alone. 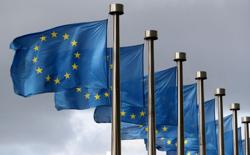