WASHINGTON (Reuters) -Greece and the United States signed on Thursday an agreement which renews a long-standing defence cooperation among the two countries.

The two NATO allies, with strong political and economic ties, renewed their agreement for five years.

The United States has several military bases in Greece and the amendment will allow their defence agreement to "remain in force" indefinitely, U.S. Secretary of State Antony Blinken told a news conference in Washington, alongside Greek Foreign Minister Nikos Dendias.

"We're strengthening our defense cooperation today," Blinken said. "This update will allow the agreement to remain in force indefinitely. And it enables our forces in Greece to train and operate from additional locations."

Dendias said that U.S. commitment to Greece showed that both countries are firmly determined to mutually safeguard and protect the sovereignty and territorial integrity of each other.

The deal comes a few weeks after Greece signed a new defence pact with France that will allow them to come to each other's aid in the event of an external threat, but which has stirred further tensions with Turkey.

Greece has been at odds with Turkey over the extent of their continental shelves and their maritime boundaries. 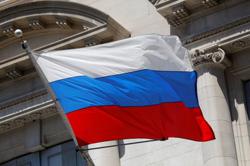