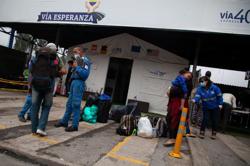 BOGOTA (Reuters) - Thousands of Colombian protesters returned to the streets of major cities on Tuesday to once again demand that Congress approve union-backed social policies to benefit the poorest.

The marchers - their numbers much reduced from a peak earlier this year - also demonstrated against a nearly $4 billion tax reform approved this month by Congress and passed into law. Unions say it does not do enough for the working class.

The reform is meant to benefit 29 million people through emergency basic income payments to 4 million poor families, temporarily free tuition at public universities and technical schools for young people from poor and middle-income families and salary subsidies for businesses which hire women and youth.

"The government has been helping families a little, it is insufficient aid," Francisco Maltes, the head of the Central Union of Workers (CUT) told Reuters.

Lawmakers should approve a package of union-backed laws that will "fight hunger and inequality" he said.

Those proposals would give a basic income of about $236 per month to 7.5 million families for 13 months, as well as free university for students and aid for small businesses. The bills have languished since Congress began its current session two months ago.

Large protests between April and June led to the withdrawal of an initial version of the tax reform and prompted the resignation of the finance minister.

At least 29 people were killed in connection with those protests- with many deaths blamed on excessive use of force by police -while road blockades led to shortages around the country.

Though Colombia allows abortion in cases of a threat to the health of the woman, rape and fatal fetal deformity, activists say the procedure is difficult to attain, especially for rural women. 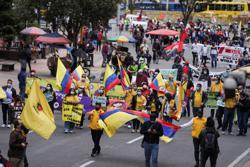 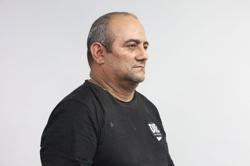