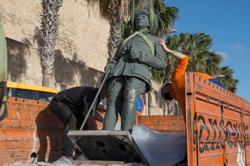 MADRID (Reuters) - The Madrid prosecutor's office opened an investigation on Monday after a crowd of about 200 people sporting Nazi paraphernalia marched in the Spanish capital's gay-friendly neighbourhood of Chueca on Saturday shouting offensive anti-LGBT slogans.

The protesters shouted "Out of our neighbourhood" and "Get out of Madrid" prefaced by derogatory words for gay people, the prosecutor's office said in a statement.

Protesters wore T-shirts and tattoos of fascist and Nazi symbols, and some made the Nazi salute, Reuters witnesses said.

Equality Minister Irene Montero had asked for the prosecutor to investigate, calling the march "homophobic and racist".

Homophobic hate crimes have been in the headlines in Spain since a man was beaten to death in July over his sexual orientation. The government said this month it would create specialised groups within the Interior Ministry and the police force to prevent hate crimes and support victims.

The organisers of the march had told authorities it would be devoted to sustainable development. 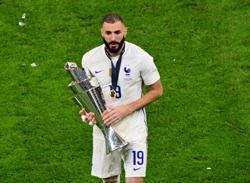 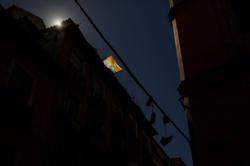