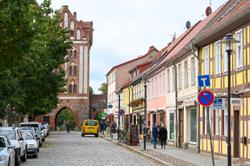 BERLIN (Reuters) - Chancellor Angela Merkel said on Tuesday migrants who settle in Germany are German even if they have foreign-sounding names, making a subtle dig at a widespread habit among white Germans of asking Turks born on German soil where they come from.

"Integration cannot be a seven-generation endeavour that never ends just because one isn't called Klaus or Erika," Merkel said with a wry smile during a ceremony to mark 60 years since Germany signed a treaty with Turkey to bring in hundreds of thousands of Turkish men to fill labour shortages in the 1960s.

"The question is how long does a person who doesn't have a clearly German name have to integrate themselves before they are integrated? I think everyone should have a chance, at the latest when they have taken up German citizenship, to be seen as part of this land, and the name must play no role," she added.

Merkel, who has led Germany for 16 years, plans to step down after an election on Sept. 26 at which her conservative bloc risks losing power as they trail the centre-left Social Democrats (SPD) in polls.

Her Christian Democrats (CDU) and their Bavarian Christian Social Union (CSU) sister party have seen their popularity sag gradually since her decision in 2015 to welcome almost one million asylum seekers, mainly from Syria and Iraq.

Merkel's decision won her plaudits internationally but drew criticism at home as the mainstream conservatives slipped in the polls and the far right gained seats in the national parliament for the first time since the 1933-45 Nazi era.

Lately, the chaotic pullout of NATO troops from Afghanistan has thrust immigration to the top of the election agenda as Germany welcomed thousands of Afghans fleeing the Taliban, raising fears of a repetition of 2015 Europe's migrant crisis.

Germany's Federal Labour Agency estimates that Europe's largest economy would need to absorb around 400,000 migrants a year to address labour shortages and a fast-shrinking workforce.

Germany has invested billions of euros on language courses and training to help asylum seekers enter the labour market, learning from mistakes it made with Turkish workers who received no help to learn the language and upgrade their skills. 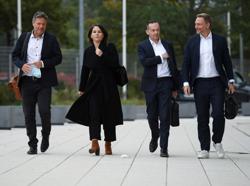