Mexico's electoral judges should resign due to 'rot,' says president 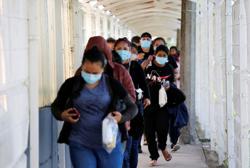 MEXICO CITY (Reuters) - Mexican President Andres Manuel Lopez Obrador called on the members of the top electoral court to resign on Thursday, accusing the panel of "rot" while stressing the need for broader elections reforms.

Five of the federal court system's electoral tribunal voted on Wednesday to remove and replace the body's former chief, accusing him of being disrespectful and failing to comply with the law.

"They should all resign as a show of dignity and respect for the citizens," Lopez Obrador said at his daily morning news conference, referring to both the members of the electoral court and the councilors of the national electoral institute INE, which runs elections.

Lopez Obrador for years has criticized the independent electoral authorities, including claims of widespread vote fraud in 2006 and 2012 when he ran and lost previous bids for the presidency.

"We're in a crisis situation with the electoral court, a rot, and as a result we need reform," he said.

Lopez Obrador also put up on a big screen behind him what he said was a tweet from the electoral court's new chief, Reyes Rodriguez, that purported to crudely insult him.

But the president made no mention of the fact that Rodriguez last year stated publicly he did not write the message and that his account had been hacked. 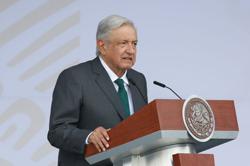