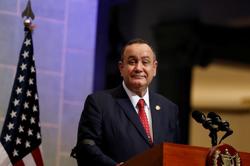 GUATEMALA CITY (Reuters) - Thousands of people in Guatemala took to the streets in protest on Thursday, calling for the resignation of President Alejandro Giammattei and the attorney general as fallout worsened over the firing of a well-known anti-corruption figure.

Indigenous leaders, social groups and student organizations fueled the call on social media for a national protest in 20 areas of the country, blocking traffic at major intersections.

Sandoval, who left Guatemala last weekend, said he was fired after trying to investigate corruption cases with links to Giammattei, who has denied the allegations.

Protests started last weekend and continued on Thursday with demonstrations expected outside the attorney general's office and the national palace.

"We are here to tell the president that we do not know him as president because he no longer represents the interests of a country and because the prosecutor is not fighting impunity," said Martín Toc, an indigenous leader from Totonicapán, in western Guatemala.

Giammattei's government also faced protests last November when a group of demonstrators set fire to the Congress building over cuts to education and health in the 2021 budget. Days later, Congress retracted the budget. 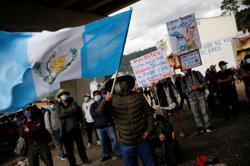 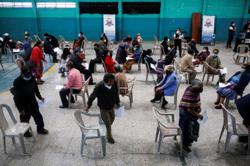