FILE PHOTO: A passenger looks at a departures board with cancelled flights from Paris to London and Bristol at Paris Charles de Gaulle airport in Roissy near Paris, amid the spread of the coronavirus disease (COVID-19) in France, December 21, 2020. REUTERS/Gonzalo Fuentes

PARIS (Reuters) - England's decision to keep quarantine measures for travellers coming from France and not for those coming from other European Union countries is discriminatory and not based on science, a French minister said on Thursday.

England said on Thursday it would allow fully vaccinated visitors from the EU and United States to arrive without needing to quarantine from next week, but that it would review rules for travellers from France only at the end of next week.

"It's excessive, and it's frankly incomprehensible on health grounds ... It's not based on science and discriminatory towards the French," French Europe Minister Clement Beaune said on LCI TV. "I hope it will be reviewed as soon as possible, it's just common sense."

Beaune said France was not planning tit-for-tat measures "for now".

The British government has said it is keeping quarantine rules for travellers from France because of the presence of the Beta variant there, but French officials say the bulk of cases comes from the island of La Reunion in the Indian Ocean. 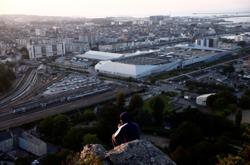