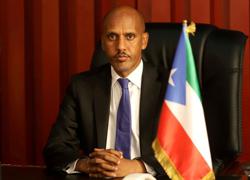 ADDIS ABABA (Reuters) - The parents of thousands of Ethiopian students stranded in the war-ravaged northern region of Tigray on Friday appealed for help to evacuate them after the main university warned it could not feed them for much longer amid food and cash shortages.

It said it was running out of money to feed students and that from July 27 it would stop taking responsibility for them.

The ministry of higher education did not respond to Reuters requests for comment on the situation at the university.

"We are asking the U.N. to bring our children from Tigray," Berhanu Tegeneh, a representative of a parents' committee, told Reuters as hundreds of parents flocked to the U.N. office in Ethiopia's capital Addis Ababa to deliver their request.

Berhanu, from Addis Ababa, said he has been unable to speak to his daughter, a fourth-year student at Mekelle University, since phone lines went down on June 29, the day after Tigrayan forces retook the regional capital Mekelle.

A spokesperson for the U.N.'s Office for the Coordination of Humanitarian Affairs (OCHA) did not immediately respond to a request for comment on the parents' demands.

The parents' committee said students were stranded at four universities in Tigray, including Mekelle, after the conflict severed communications and transport links. Banks are no longer functioning and more than 90 percent of Tigrayans need food aid, according to OCHA. Food convoys have been suspended since Sunday, when trucks came under gunfire.

War erupted in Tigray in November between the Ethiopian military and the region's ruling party, the Tigray People's Liberation Front (TPLF). Three weeks later, the government declared victory when it captured Mekelle, but the TPLF kept fighting.

At the end of June, the TPLF seized back control of Mekelle and most of Tigray after government soldiers withdrew.

In its notice, Mekelle University said it had bussed about 5,000 students to the neighbouring state of Afar on July 18, but that education officials expected to receive them never showed up. The buses returned to Mekelle, according to the university.

Reuters could not independently verify that account. Officials from Afar did not respond to requests for comment.

The conflict spilled out of Tigray into Afar this week, threatening a key road linking the Ethiopian capital to the port of Djibouti.