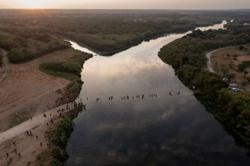 KINSHASA (Reuters) - Former Congolese Prime Minister Matata Ponyo Mapon has been freed from house arrest after he agreed to make himself available to answer questions about the alleged misappropriation of government funds, his lawyer said.

Democratic Republic of Congo prosecutors issued an arrest warrant for Matata on Tuesday and he was placed under house arrest in connection with accusations he misappropriated $140 million in government funds while serving as finance minister.

Prosecutors say Matata ordered payments to people without valid claims to government compensation under a law meant to reimburse foreign business people who had properties seized in the 1970s.

Matata, who served as prime minister from 2012-2016, denies wrongdoing.

"All the elements showed that he never paid phantom creditors. The justice system did its job by lifting the house arrest," Onyemba said.

A senior government official, speaking on condition of anonymity, confirmed that Matata's house arrest had been lifted but did not say why.

Prosecutors have also accused Matata of misappropriating funds from a failed agriculture project, but the Senate last month rejected a request to lift Matata's parliamentary immunity in that affair. Matata denies the allegations. 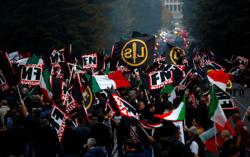