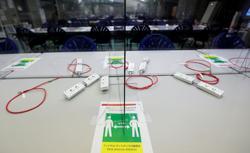 TOKYO (Reuters) - Japan on Tuesday denied a media report that South Korean President Moon Jae-In is arranging a visit to Japan timed with the Tokyo 2020 Olympics, as well as talks with Japanese Prime Minister Suga.

The Blue House is hoping that Moon will hold his first ever talks with Japanese premier Yoshihide Suga during his stay, the Yomiuri daily reported, without citing sources.

"There is no truth to that report," chief cabinet secretary Katsunobu Kato told a news conference, declining to comment further.

The relationship between South Korea and Japan has soured in recent years due to disputes over war-time history and trade. 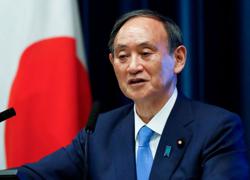