OVER the last 15 months, several crucial weaknesses have been identified in the United States' healthcare system, with essential workers and ethnic minorities being exposed to the effects of the Covid-19 pandemic due to a lack of social protection.

An article written by Ed Yong in The Atlantic magazine said many essential workers who held hourly-waged jobs were unable to self-isolate for fear or losing their livelihood.

It added that prisons and nursing homes were also hotspots for outbreaks, as residents lived in groups.

"People in black and latino communities that were undeserved by the existing health system were disproportionately infected and killed by the new coronavirus and now have among the lowest vaccination rates in the country," read The Atlantic's report

The Atlantic also said many public health experts were disquieted when the US Centers for Disease Control (CDC) announced that fully-vaccinated Americans do not need to wear mask in most indoor places.

"The move today was really to talk about individuals and what individuals are safe doing," Rochelle Walensky was quoted as saying by The Atlantic.

However, historian Aparna Nair argued that framing one's health as a personal choice is fundamentally against the very notion of public health.

The report noted that the concept of individualism that stresses on personal freedom and independence had transcended into American administration and also dictating its pandemic response.

"It explains why the United States focused so intensely on preserving its hospital capacity instead of on measures that would have saved people from even needing a hospital.

"It explains why so many Americans refused to act for the collective good, whether by masking up or isolating themselves. And it explains why the CDC, despite being the nation's top public health agency, issued guidelines that focused on the freedoms that vaccinated people enjoy.

"The move signalled to the people with the newfound privilege of immunity that they were liberated from the pandemic's collective problem. It also hinted to those who were still vulnerable that their challenges are now theirs and worse still, that their lingering task was somehow their fault," reported The Atlantic.

Noting that half of Americans have yet to receive a single vaccine dose, The Atlantic noted that it was due to lack of access.

The report stressed Covid-19 is a global collective responsibility and it is time for Americans to treat it as such.

Meanwhile, The Atlantic stated that individualism can be costly in the pandemic, as it represents the one end of a cultural spectrum with collectivism at the other, which is independence versus interdependence.

"These qualities can be measured such as the proportion of people who live, work or commute alone."

it stated that two studies found that individualistic countries tended to have more Covid-19 cases and deaths, given the less likelihood of practicing social distancing.

"A fourth showed that mask wearing was more common in more collectivist countries, US states and some counties."

The Atlantic also criticised the United States for ignoring other measures such as better ventilation and providing better high filtration masks for essential workers, free accommodation for people who needed to self isolate and sick-pay policies.

"As the country focused single-mindedly on a vaccine endgame, and Operation Warp Speed sped ahead, collective protections were left in the dust.

"And as vaccines were developed, the primary measure of their success was whether they prevented symptomatic disease in individuals," reported The Atlantic. 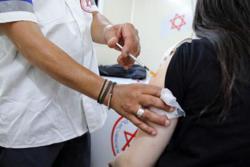