'We will be annoying': Thousands of UK police poised for G7 protests 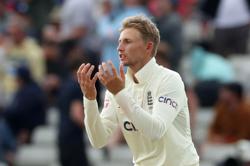 A G7 logo is seen on an information sign near the Carbis Bay hotel resort, where an in-person G7 summit of global leaders is due to take place in June, St Ives, Cornwall, southwest Britain May 24, 2021. Picture taken May 24, 2021. REUTERS/Toby Melville

CARBIS BAY, England (Reuters) - Thousands of police have been drafted in from across Britain to beef up security for what organisers promise will be disruptive and "annoying" protests when G7 leaders gather for a summit this week.

The first in-person meeting of the leaders of major developed economies for nearly two years will take place in Cornwall on the tip of southwestern England, with the focus on the COVID-19 pandemic and climate change.

Police have closed off roads and coastal paths to Carbis Bay, the small seaside resort which is hosting the event, erecting steel fences and putting other restrictions in place.

An extra 5,000 officers have been drafted in to help the operation with about 6,500 officers and staff involved altogether, Devon and Cornwall Police said.

"Everything that we do will be proportionate and will be legitimate," Assistant Chief Constable Glen Mayhew, who is in charge of policing the summit, said. "We know that the eyes of the world's media will be on us over the next seven days."

While the threat of terrorism remains - Britain is on its third highest alert level of "substantial", meaning an attack is considered likely - the most overt issue will be dealing with a swathe of protests, some of which will endeavour to cause major disruption to highlight their causes.

"Our rights weren’t won through quiet, polite protest. Our rights were won through being noisy, disruptive and annoying," said the Kill The Bill group, one of about 20 activist organisations to have joined a "Resist G7 Coalition" (RG7).

"We will be loud. We will be disruptive. We will be annoying," said the group, which is campaigning against a proposed law that would give police extra powers to curb protests.

Police say they support the right to peaceful protests and have allocated four sites for protesters to gather. But RG7 - whose number also includes climate change groups, anti-war activists and anarchists - has said it will boycott these.

"RG7 does not talk or liaise with the cops. Cops will not be welcome into any of our spaces," it said on its website.

Extinction Rebellion, which caused traffic chaos in central London with 11 days of protests in 2019, has said it expects some 1,000 protesters to make their way to St Ives, the town next to Carbis Bay, for the summit.

"We have done our best to plan our actions to be peaceful, creative, artistic and COVID safe," it wrote in an open letter to locals last week. "We sincerely apologise in advance for any additional disruption that we cause."

Police have indicated they will be taking a tough line, saying sustained disruption could not be allowed and any public order or criminal offences would be dealt with "robustly".

"Assuming that a protest has the intention of causing major disruption, then we would look to clear blocked roads as soon as practicable," police said on their website.