PAMPLONA/ALGIERS (Reuters) -The leader of the Western Sahara independence movement, Brahim Ghali, returned to Algeria on Wednesday after spending more than a month in hospital in Spain - a stay which triggered a diplomatic row between Spain and Morocco.

Rabat has not yet commented on Ghali's departure from Spain but had previously said that it would not alone resolve the dispute.

The Algeria-backed Polisario Front is fighting for the independence of Western Sahara, which was a Spanish colony until the mid-1970s and is claimed by Morocco.

Ghali flew to Algeria from Pamplona in northern Spain at 1:40 a.m. local time on Wednesday on an officially chartered private plane, the spokesman said.

Ghali, who was suffering a serious bout of COVID-19, had been admitted to a Spanish hospital in April on humanitarian grounds, the Madrid government said.

He left Spain several hours after appearing remotely in a hearing with Spanish high court on a war crimes case. Following the hearing, judges did not impose any restrictions on the Polisario leader and allowed him to leave the country.

Spain's decision to admit Ghali to a hospital in the northern Spanish city of Logrono, on Algerian papers and without informing Rabat, infuriated Morocco.

Moroccan officials suggested that last month's sudden influx of migrants to Spain's North African enclave of Ceuta after security forces appeared to loosen border controls was a form of retaliation.

Algerian support for the Polisario Front independence movement is a also source of anger in Morocco.

(Reporting by Inti Landauro in Madrid and Vincent West in Pamplona; additional reporting by Lamine Chikhi in Algiers; Editing by Angus MacSwan) 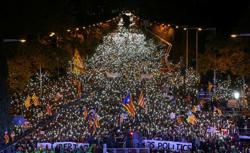 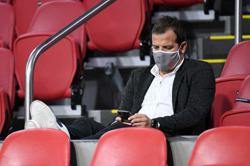