FILE PHOTO: A Ryanair aircraft, which was carrying Belarusian opposition blogger and activist Roman Protasevich and diverted to Belarus, where authorities detained him, lands at Vilnius Airport in Vilnius, Lithuania May 23, 2021. REUTERS/Andrius Sytas

VILNIUS (Reuters) - Lithuania is working to confirm the identities of the passengers who disembarked from a diverted Ryanair plane after it was forced to land in Belarus, the chief of Lithuania's criminal police said on Friday.

Dissident Belarusian journalist Roman Protasevich, 26, and his girlfriend Sofia Sapega, 23, were arrested when the plane landed.

But three other people also disembarked.

Belarus television aired interviews with three people on Wednesday who it said were the passengers in question.

One named as Iason Zisis, said to be a Greek post-graduate working at Eindhoven University, said he had anyway planned to travel on to Minsk from the Lithuanian capital Vilnius, the plane's scheduled destination, to visit his wife.

Belarus TV named the others as Belarusian citizens Alexandra Stabredova and Sergei Kulakov. Stabredova also said she had been heading for Minsk anyway, and Kulakov said Minsk was convenient for his final destination, the city of Vitebsk.

Lithuanian police chief Rolandas Kiskis told reporters: "We are working to confirm the identities, whether the persons who were named in unofficial sources are matched by personal identification data."

He said Belarus had confirmed that five passengers disembarked in Minsk, and that the U.S. Federal Bureau of Investigation (FBI) and Poland had also launched inquiries into the incident, as they had had citizens on board the flight.

Kiskis said the aircraft was still in Vilnius, being searched, but that Ryanair had not been as helpful as he would have wished. 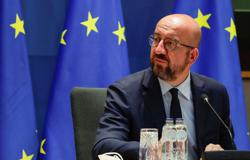