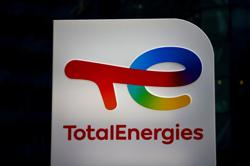 "I think we could be able to approve this mission," Josep Borrell told reporters ahead of an EU defence ministers meeting in Lisbon where the subject was due to be discussed.

The problem is to find additional countries besides Portugal to supply troops, he added.

Borrell has previously said 200-300 personnel could be sent by the end of the year.

Portugal sent 60 soldiers to its former colony Mozambique this month to begin training soldiers to counter the insurgency, share intelligence and use drones to track militants' movements.

Portuguese Defence Minister Joao Cravinho said 7-8 other countries had expressed willingness to send troops but declined to name them. Portugal would be the "principal participant" in the mission, he said.

Cravinho expected the remaining EU troops to be dispatched within three to four months, "perhaps faster".

Mozambique has been grappling with an insurgency in its northernmost province of Cabo Delgado since 2017 and violence has grown significantly in the past year.

Dozens of civilians were killed in Islamic State-linked attacks in the coastal town of Palma in April, and a $20 billion liquefied natural gas project run by oil giant Total was brought to a halt by the violence.

(Reporting by Victoria Waldersee in Lisbon and Sabine Siebold in Berlin; Editing by Alex Richardson and Mark Heinrich)