Xinhua news agency quoted Palestinian news agency (WAFA) that Abbas and Guterres discussed the current tension between Israel and Palestine in the Gaza Strip and international efforts in reaching for a ceasefire.

It said that Abbas explained to Guterres that "the brutal Israeli attacks on the Gaza Strip cause a catastrophe and destruction," adding that "the Israeli occupation must be held accountable for committing crimes against the Palestinian people."

Abbas also said that "it is necessary to act against the Israeli settlers' attacks, backed by the Israeli occupation forces, in Jerusalem, mainly the attempts to seize the homes of the Palestinian families in Sheikh Jarrah neighbourhood."

According to WAFA, the two officials discussed holding a session at the UN General Assembly in New York on Thursday and working on issuing a UN Security Council decision to engage with Israel to stop its attacks on Gaza.

The report also said that Guterres reiterated to Abbas that the UN exerts every possible effort for reaching a ceasefire, achieving calm and ensuring urgent humanitarian aid for the Palestinians.

Guterres also said that the UN will continue its contacts with the International Quartet for peace in the Middle East to work on a political track that leads to a just and comprehensive peace under international law.

On Wednesday, the health ministry in Gaza said that 227 Palestinians were killed in the last 10 days, including 64 children, 38 women and 17 elderly, in addition to 1,620 injured. - Bernama 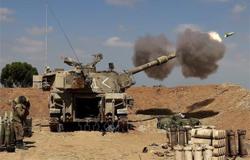