La PAZ (Reuters) - Bolivian authorities said they struck a significant blow against cocaine producers in the country after the discovery and destruction of three "mega-factories" that they stated could produce up to 910 kg of crack a day.

Jaime Mamani, deputy minister for social defense and controlled substances, said Bolivian anti-drugs squads had seized a record 7.41 tonnes of cocaine over the past four months.

"We are conducting operations throughout our territory, along borders and areas where the fight against drug trafficking had not previously reached," he said.

Bolivian anti-drug police have also resumed the destruction of coca crops in their habitual cultivation zones of Los Yungas and El Chapare that had been suspended during the coronavirus pandemic.

Longtime former Bolivian President Evo Morales, himself a former coca farmer, increased quotas for legal cultivation of the crop. Those have been maintained by current President Luis Arce, but anything cultivated in excess of the agreed amounts is destroyed.

Thierry Rostan, representative for the United Nations Office on Drugs and Crime in Bolivia, said the pandemic and associated economic hardship and joblessness had seen an uptick in both coca cultivation and drug production.

"Drug trafficking never stops, criminals will always export, try to traffic controlled substances, and in these periods of economic crisis, some people are looking for ways to survive, so they join organized crime groups. It's a real problem," he said.

"There is a significant increase in crops because last year there was almost no crop eradication," he added. 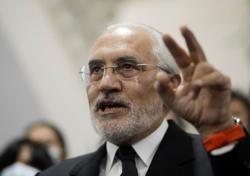