Explainer: How Chile is rewriting its Pinochet-era constitution 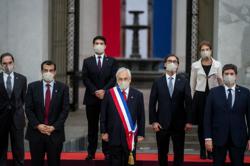 People gather to protest against Chile's government and react to the results of a referendum on a new Chilean constitution in Santiago, Chile, October 25, 2020. REUTERS/Ivan Alvarado

SANTIAGO (Reuters) - Chile will pen a new constitution to replace its magna carta from the era of dictator Augusto Pinochet, which is credited with underpinning decades of growth, but also stoking inequality.

The Andean country, the world's top producer of copper, will vote this weekend for 155 delegates who will steer the historic redraft of the text that dates back to 1980.

WHY A NEW CONSTITUTION?

Chile is among the wealthiest, most stable democracies in Latin America. But distrust of the political class, combined with festering inequality, have left many feeling short-changed. Chileans voted overwhelmingly to rewrite their constitution in an October 2020 referendum.

WHO WILL WRITE THE NEW ONE?

In theory it could be anyone as long as they are Chilean and over 18 years old. The crop of more than 1,200 contenders includes academics, politicians, lawyers, journalists, models and actors. Any public officials had to step down first before throwing their hat into the ring.

Candidates are grouped into lists of independents or groups backed by political parties, and seats are divvied out in proportion to the vote. The system requires a balance of female and male representation and has 17 dedicated seats for Chile's indigenous groups.

HOW WILL THE REDRAFTING WORK?

Delegates will spend a maximum 12-month period debating and crafting the new text, with a two-thirds majority required for each key decision, forcing delegates to form alliances. The weekend vote will be key to seeing where the power balance lies.

Chileans will then vote on the final product. If it fails, Chile will revert to the current text and the process ends.

WHAT IS AT STAKE?

Chile will remain a democratic republic and the nation will respect existing international agreements and judicial decisions. Everything else is up for grabs.

Key themes will be rights, political organization and macroeconomics, said Kenneth Bunker of consultancy Tresquintos. The progressive left will seek changes to education, healthcare and civil rights by likely striking deals with the right on macroeconomic issues like central bank independence, he added.

WHAT DOES IT MEAN FOR MINING?

In a word, uncertainty. Chile, the world's No.1 copper and No.2 lithium producer, has long been a safe haven for miners, the result of long-standing consensus among its politicians to safeguard an industry that fuels as much as 15% of gross domestic product.

"That period is over and we are in search of a new social pact," said Juan Carlos Guajardo, of consultancy Plusmining. He added that he expected delegates to shun extremism but warned "anyone who wants to enter this field must be prepared for new rules." 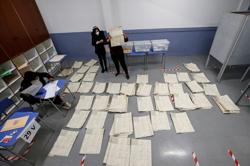 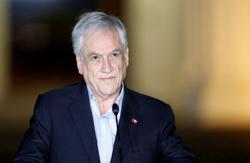