LONDON (Reuters) - Britain will hold a public inquiry into the government's handling of the COVID-19 pandemic next year, Prime Minister Boris Johnson said on Wednesday.

"This process will place the state's actions under the microscope," he told parliament.

The inquiry will have the backing of legislation giving it far-reaching powers, Johnson said.

Johnson had previously agreed to hold an inquiry but resisted pressure from opposition parties to begin it while the government was still handling the crisis, saying it was more important to focus on that and the subsequent recovery plan.

But speaking in parliament, he said the inquiry would begin in spring 2022 once some of the worst pressures had subsided to avoid diverting resources from the crisis response. He warned of the risk of a resurgence of the virus.

He did not set out the terms of reference for the inquiry, or who would lead it, saying it was necessary to consult with Scotland, Wales and Northern Ireland on those issues. 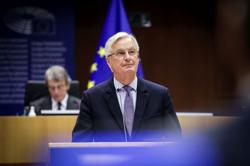 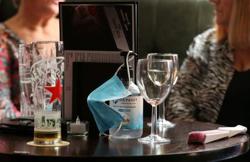