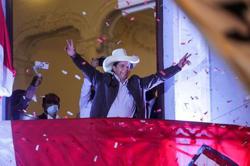 LIMA (Reuters) - Peruvian right-wing candidate Keiko Fujimori has shrunk the gap on socialist rival Pedro Castillo in the country's presidential election race, according to a poll released on Friday, signally a closer contest in the June 6 vote.

The Datum poll showed former teacher Castillo, the surprise front-runner, only 5 percentage points ahead of Fujimori, the scion of a powerful political family whose father is an ex-president now in prison for corruption and human rights abuses.

Castillo had at one point appeared to be out of reach of Fujimori, with some polls showing him with double her level of support. But the race to run the copper-rich Andean nation has shown signs of tightening as the vote nears.

The shock rise of Castillo has rattled investors and miners, cautious of a sharp left turn in the world's No. 2 copper producer, which will be electing its fifth president in the past five years after a constitutional crisis last year.

The Datum poll showed support for Fujimori rose to 36%, while Castillo, an elementary school teacher and former union leader, dropped to 41%. That was narrower than a 9-point gap in a previous Datum poll released on April 30.

The poll was carried out between May 5-6, surveying 1,203 people, with a margin of error of 2.8%. It showed that 22% of people were still undecided or would spoil their ballot.

Castillo, who has pledged to redraft Peru's constitution to give the state a more dominant role in the economy, has recently moved to moderate his stance in some areas to help win over centrist and center-left voters. 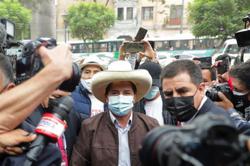 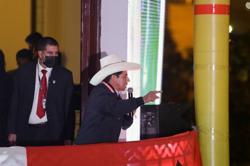