A person walks their dog ahead of tomorrow's local elections, in Hartlepool, Britain May 5, 2021. REUTERS/Lee Smith

LONDON (Reuters) - Voters in England, Scotland and Wales head to the polls on Thursday in a series of different elections, with a vote for the Scottish parliament and one for a seat in Westminster in focus for clues to Britain's future political landscape.

Following is a rundown of all the elections which are taking place on Thursday and what they might tell us:

Scottish First Minister Nicola Sturgeon has said if the Scottish National Party wins a majority it will give her a mandate to demand a second referendum on independence, after one in 2014 when Scots voted by 55% to 45% to stay in the United Kingdom.

Sturgeon could still call for another referendum if there is a majority of pro-independence parties in the Scottish parliament. The Greens, which back a new referendum, have supported the SNP in government and could provide Sturgeon will the fire-power to argue for another poll. [L4N2MR2UH]

Opinion polls are predicting very different results, from the SNP failing to win a majority to other showing the party winning a narrow or larger majority. [L1N2MS07K]

Voters in the northern English town of Hartlepool will elect a new member of the Westminster parliament after the member of parliament, Mike Hill, resigned over facing an investigation into allegations of sexual harassment.

Hartlepool has voted for the main opposition Labour Party since 1974, a pattern the governing Conservative Party is hoping to break by trying to capitalise on the government's COVID-19 vaccination programme and promises of more jobs.

A Conservative victory would also suggest that the public are not overly concerned by a series of scandals buffeting Prime Minister Boris Johnson, including one over the financing of the renovation of his flat at No. 11 Downing Street.

Labour leader Keir Starmer will also want to hold onto the parliamentary seat after he was elected to take the helm of the party after leftist former leader Jeremy Corbyn failed to win victory in a 2019 national election.

It is Starmer's first test as Labour leader and if the seat is won by the Conservatives, he could face questions from leftist members of his party.

London will vote in elections for the mayor of London, a post which has outsized influence over government even though it does not run the City of London financial district.

There are also elections for mayors in different regions and cities across England, with the Conservatives hoping to hold onto the West Midlands post among others.

Welsh voters will elect the 60 members of the Welsh parliament, called Senedd Cymru, under a mixed system when they are offered two ballots - one for the constituency and another for a party for the region.

Labour has won the biggest share of the vote in every parliamentary election since 1999 and faces its biggest challenge from the Conservatives, which are still behind in the opinion polls.

Elections will be held for 143 English local councils, or more than 5,000 seats. The Conservatives want to increase their numbers of local councils, especially in areas in northern and central England, which voted, often for the first time, for Johnson's party in 2019.

There will also be elections for Police and Crime Commissioners. 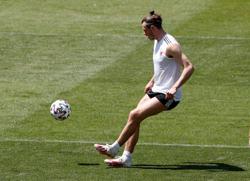