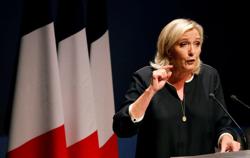 The killing of Stephanie Monferme, a 49-year-old mother of three, by a Tunisian national who was then shot dead by police was the latest in a string of Islamist-inspired attacks on French soil in recent years.

France faces a presidential election next year where issues such as militant Islam, immigration and violent crime are expected to dominate the agenda.

"Islamist terrorism has declared war on us but it is a war led by cowards. Only a coward could attack a woman who, because of her job, did not carry a weapon," he said.

On Wednesday, draft legislation was submitted to President Emmanuel Macron's government to strengthen counter-terrorism laws by permitting the use of algorithms to detect activity on jihadist and other extremist websites.

The official investigation had shown that Stephanie Monferme's assailant had watched religious videos glorifying acts of jihad just before carrying out his attack on the police worker in the Paris commuter town of Rambouillet. 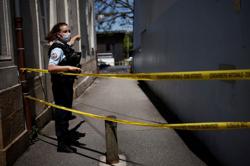