Kremlin spokesman Dmitry Peskov told reporters: "The principle of reciprocity is an absolute constant. These (retaliatory) decisions will keep being taken if similar practice continues."

On Sunday, U.S. national security adviser Jake Sullivan said Washington had told Moscow "there will be consequences" if Alexei Navalny, the opposition figurehead who almost died last year after being given a toxin that Western experts say was Novichok, dies in prison, where he is on hunger strike. 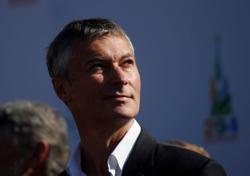