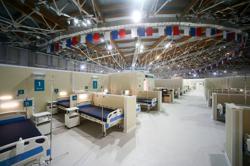 MOSCOW (Reuters) - The Russian foreign ministry on Friday pledged to impose more counter sanctions on Washington unless the United States changed what it called its anti-Russian course and backed away from confrontation.

The foreign ministry made the pledge in a statement detailing counter sanctions against Washington a day after the U.S. government imposed a broad array of sanctions on Russia to punish it for interfering in last year's U.S. election, cyber hacking, bullying Ukraine and other alleged malign actions.

Russia, which has asked 10 U.S. diplomats to leave the country in retaliation for Washington's expulsion of the same number of Russian diplomats, denies all the U.S. allegations.